Were You A Victim Of USC Gynecologist Dr. George Tyndall?

If you were sexually assaulted by former USC Gynecologist Dr. George Tyndall, you need to take legal steps to not only uphold your rights but to also protect others from being victimized in similar situations.

Our California sexual abuse attorneys are working diligently to hear from women who were sexually abused by Dr. George Tyndall. Our entire team is fully committed to making certain justice is carried out and deserved compensation is given. Get in contact with us as soon as you can. 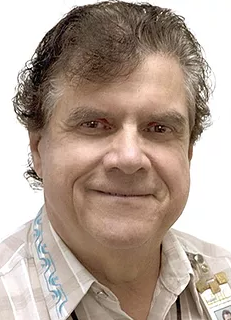 Major newsgroups, including the Los Angeles Times, have conducted numerous investigations into allegations of sexual misconduct and abuse against Dr. George Tyndall, formerly of USC. According to the investigative findings, faculty of USC had been aware of complaints filed against Tyndall for nearly 30 years, ranging back into the early 1990s. It appears the campus took intentional steps to hide the allegations and complaints of sexual abuse, perhaps to protect the campus’s own reputation. The result was knowingly allowing an accused sexual predator to continue to abuse young female students for three decades. More than 4 lawsuits have been created and filed against USC for its negligent mishandling of the accusations filed against Dr. George Tyndall, who sexually abused scores of women under the guise of normal gynecological procedures. In the midst of the ongoing scandal, USC President Max Nikias has resigned due to the demands of current students, alumni, victims, and faculty members. It is a clear showing that together people can make a difference and make things right. Do not hesitate to discover your rights if you were sexually abused by USC Gynecologist Dr. George Tyndall.

It is important that if you were sexually abused by Dr. George Tyndall that you do not contact the USC Hotline or the USC Campus Police. Both of these groups are tasked with fielding, deflecting, and minimizing accusations to shield the campus and its administration from any liability.

If you were a patient of Dr. Tyndall and believe you may have been assaulted by him, you should call the LAPD Special Assault Section as soon as you can by dialing (213) 988-6938.

To protect all of you legal rights, team up with Manly, Stewart & Finaldi and our sexual abuse attorneys. We are the trusted name in sexual abuse victim representation throughout California — and for good reasons.

We Achieved the largest Sex Abuse Settlement Against a University –$500 Million!

Our attorneys are proudly working with nearly 200 alleged victims of Dr. Larry Nassar, who is a former Michigan State University and U.S. Women’s Gymnastics Olympic Team doctor. Michigan State chose to settle this ongoing case for $500,000,000, which is the largest recorded settlement for any sort of injury lawsuit filed against a university in the country.

We have been able to successfully represent hundreds of clergy sexual abuse victims in California alone, as well as hundreds more across the country. We also played instrumental roles in the LAUSD Miramonte School sexual abuse case that ended in a $140,000,000 settlement for the plaintiffs. This case result is the largest settlement for sexual abuse lawsuits against a school district in United States history.

It is time to take action, uphold your rights, seek compensation, and be the voice for others who have been sexually abused by a medical provider in a position of trust. Call our California sexual abuse attorneys at (213) 988-6938or use an online contact form to reach out to Manly Stewart & Finaldi. Anything and everything you share with our legal team during consultations and representation is strictly confidential. With our help, you may even be able to file a claim using a pseudonym, if you prefer.