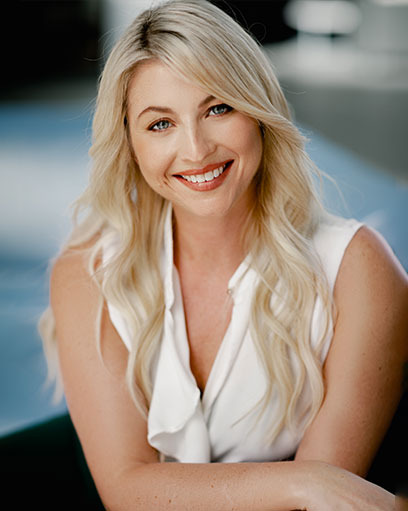 Taylor Rayfield is an experienced trial lawyer who has dedicated her practice to championing the rights of survivors, obtaining substantial trial verdicts and settlements in the process. Before joining Manly, Stewart & Finaldi, Taylor made a name for herself by obtaining incredible results on behalf of victims across a wide range of areas, including sexual assault, many times in difficult cases against considerable adversaries. Her practice is focused on representation of victims sexual abuse across a broad range of areas, including those abused by coaches, teachers, family members, mentors, and religious personnel.

Never one to back down from a confrontation, Taylor obtained a $2,600,000.00 jury verdict for a woman who was severely injured after being involved in a head-on collision, after successfully convincing the jury that the employer was responsible for the acts of its employee under an exception to the “going and coming rule”.

Taylor also demonstrated incredible tenacity and negotiation acumen by obtaining a $1,650,000.00 settlement, on the verge of trial, for a student-athlete who was sexually abused by his Torrance High School wrestling coach. This resolution secured an important benchmark for nearly 30 other sex abuse victims who had lawsuits slated for trial against the same defendants. Taylor represented the high school wrestler, who was molested by his coach—Thomas Snider—despite prior allegations that Snider had sexually assaulted an 11-year-old boy on a camping trip. The Consumer Attorneys of California (CAOC) awarded Ms. Rayfield with the 2018 “Street Fighter of the Year Award” for her achievements in this matter—an award given to attorneys who achieve significant results in a difficult case.

Playing a pivotal role on the trial team, Taylor won a hard-fought verdict against a California ski resort on behalf of a woman paralyzed in a catastrophic ski accident. The jury awarded the plaintiff a gross verdict of $22,000,000.00 against Mountain High Ski Resort. In another heavily contested case, Taylor assisted the trial team in securing a $6,300,000.00 settlement on behalf of a 14-year-old girl who was badly burned by a defective product at a family barbeque. The lawsuit uncovered a widespread danger after reports revealed more than 23 similar burn injuries, across the country, from these unsafe products.

As lead trial counsel, Ms. Rayfield, representing a woman who slipped and fell while walking up the front stairs of her apartment, obtained a jury verdict in a personal injury trial that quadrupled the highest offer made by the defense. At trial, Taylor successfully convinced the jury that the entryway stairs were a dangerous condition due to the tile used and lack of protective measures.

Taylor also helped obtain a $1,400,000.00 jury verdict in a personal injury lawsuit against a San Diego production company for failing to maintain the safety of its studio. The case involved Hollywood actress Tippi Hedren, who suffered significant injuries after she was injured due to a faulty roof.

Ms. Rayfield attended the University of North Carolina, Chapel Hill, where she earned a B.S. in Business Administration. She also played varsity volleyball and broke UNC and NCAA records in 2005. She then attended Loyola Law School where she earned her J.D.

Ms. Rayfield is dedicated to helping survivors of sexual assault and abuse, and has even obtained a certificate in Trauma Advocacy from Mitchell Hamline Law School. She is aware of how trauma can affect the person and as such is more than just a lawyer for her clients.