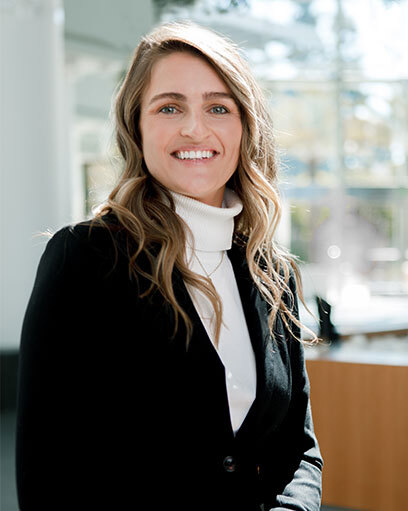 Haley Aanestad is an associate attorney at Manly, Stewart & Finaldi. Raised on the west coast in Dana Point, California, Haley embarked on her higher education journey at Chapman University in Orange County and graduated with a Bachelor of Science in Business Administration with an emphasis in Finance and a Bachelor of Arts in Political Science. She also played soccer for the Panthers for four years and was named the team captain her senior year. Her passion for the sport led to several awards, including the Jack Duddy Leadership Award in 2016 and a team record for the most minutes played — 6,777. Studies continued at Chapman University’s Dale E. Fowler School of Law where Haley competed as a Moot Court Board Member, received the esteemed Professor William Stallworth Award for Contract Law Course Excellence and finally graduated magna cum laude in 2020.

After her first year of law school, Haley joined the Manly, Stewart & Finaldi team as a law clerk and remained a valued part of the day-to-day operations throughout the rest of her education. In January 2021, Haley was admitted into the State Bar of California and returned to the firm as an associate attorney.