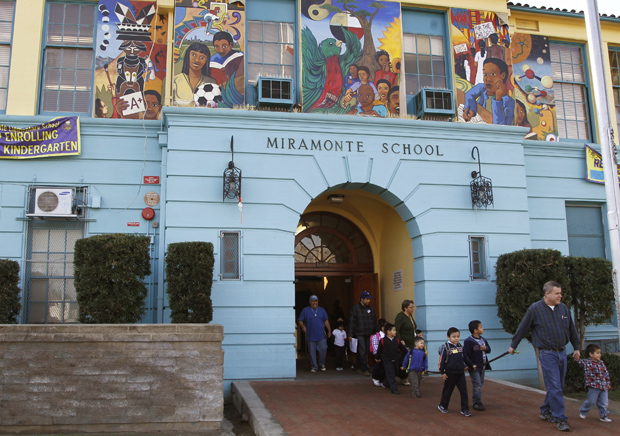 Attorneys representing 26 victims of child sexual abuse allegedly committed by teachers at Miramonte Elementary School announced today that they have filed civil lawsuits against the Los Angeles Unified School District on behalf of four of the children.

Plaintiff attorney John Manly said that the cases are the “tip of a new iceberg” of claims against the District for failing to report and prevent child abuse at Miramonte and other schools. The lawsuits were filed in the wake of a report issued last week by the California State Auditor, which concluded that LAUSD failed to properly report at least 144 cases of teacher misconduct to state authorities. Manly demanded that LAUSD release all reports of abuse by teachers at Miramonte and other district campuses.

John Manly, of Manly, Stewart & Finaldi, said the new lawsuits were filed to stop the District from “shoving the scandal under the rug.” He said the number of victims at Miramonte continues to multiply, and that the abusers are not limited to former teachers Mark Berndt and Martin Springer, both of whom were arrested last winter and are currently awaiting trial on multiple abuse counts.

Sheriff’s deputies arrested long-time Miramonte teacher Mark Berndt last January after discovering horrific photographs Berndt took of young boys and girls blindfolded with their mouths taped, some with insects placed on their faces. They also discovered other images showing Berndt spoon-feeding children a substance that allegedly contained Berndt’s semen. Berndt was indicted on 23 counts of sexual abuse-related charges and is awaiting trial. Martin Springer was arrested on charges of committing lewd acts on a child and is also awaiting trial.

The attorneys at Manly, Stewart & Finaldi are ready to help victims who have been sexually abused in school, whether private or public, including teacher sexual abuse at any learning institutions. Make an appointment today for a consultation with one of our expert lawyers.

Contact one of our attorneys today if you or someone you know may have suffered abuse while attending Miramonte Elementary school. We can help.